In my last blog entry, I introduced you to Wynkyn de Worde. He was William Caxton’s beneficiary and instrumental in starting up Caxton’s printing business under the sign of the Red Pale in Westminster (London) England back in 1470 (later to become the sign of the Sun). Upon taking over the business at Caxton’s death, de Worde moved the shop onto Fleet Street in London, which became the publishing, printing, and journalism mecca throughout all of England. Anyone with aspirations of publishing their works knew where to go.

The Place to Be

Wynkyn de Worde’s shop became a central intellectual café where scholars, authors, and publishers alike would gather to discuss the political, religious, and intellectually challenging topics that dominated the landscape of the times. His goods and services were vast. They included translating and mass-production of rare manuscripts, books for purchase on Christian theology, psalters, classical philosophy, grammar books for students, or literature (think Chaucer’s Canterbury Tales or poems of Gowen the Green Knight, Robin Hood, and Arthurian legend). 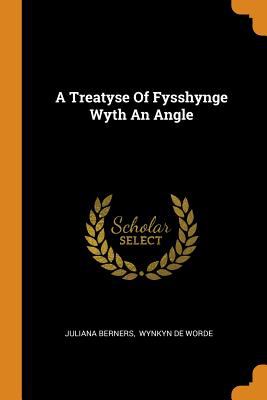 What makes Wynkyn de Worde (WdW) so unique is that not having been born within the aristocracy, he became a “voice of the people” and—as an entrepreneur—was one of the first to challenge the norm and publish books that resonated with the common folk. For example, in 1496, he printed and published a book entitled, A Treatyse of Fysshynge with an Angle (A Treatise of Fishing with an Angle), originally written by Dame Juliana Berners. This was an attempt to capture a new and uncontested market space consisting of commoners and aristocrats with an early attempt at entering the “how-to” genre. As fishing using lures became trendy, the thought in WdW’s head was to publish a book on the “best practices” required to secure a healthy catch.

I can imagine Wykyn de Worde, having just come from the local stream, frustrated with having caught only a tiny fish, thinking of how valuable the information purveyed within this book could have increased his daily catch. Whispering to himself, he most likely said, “I could print this for everyone so that they can enhance their fishing experience, a practical book for all!”

The Power of Print

As there has been much scholarly discussion about this piece and WdW’s involvement, it shows us that his understanding of the power of print, its dissemination of practical knowledge as written for anyone able to read the English language. It leads to a greater understanding of how a market of practicality is created and a better society is made. I can see the excitement in his eyes when he rushes to the shop, acquires the transcript, calculates the costs, and begins the process.

Whether we are in school learning about graphic communication technology, innovative prepress processes, creative design techniques, or enhanced technological advancements in digital visualization, let’s remember that understanding what people need and finding a simple way to suffice those needs is most often the best solution.

WWWdWW? Keep this in your thoughts when you ponder an idea that merits entrepreneurial insight.

It is worth noting that the original transcript was written in 1388 by Dame Julianna Berners. Another nod to WdW for promoting a diverse and equitable source during a period when women writers were oppressed. He was undoubtedly ahead of his time.