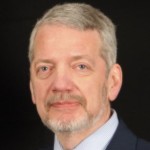 Pittsburgh, Pennsylvania, January 15, 2015—The Print and Graphics Scholarship Foundation (PGSF) has announced that John Berthelsen has been hired as its Vice President of Development. John has a long history of activity in the industry, including volunteer associations and support of education as well as involvement with PGSF. He has served as a director on the board for a total of eleven years and was its chair twice.

Doug Yeager, current PGSF chairman, stated, “John is uniquely qualified to fill this position with his wide range of experience and contacts throughout the industry. We are looking forward to having him work with us on moving the Foundation into the future.”

Berthelsen started his career in printing while in junior high school when he took a graphic arts course. While in high school he was the state and national champion in the graphic arts competition for VICA (now SkillsUSA). He has continued to be active in supporting that organization over the years by attending and speaking at numerous local and national events. He has also been very active in promoting the industry to students and potential future employees through school programs and tours at his company.

John worked at printing companies in Albert Lea and Red Wing, Minnesota and Sioux Falls, South Dakota, gradually attaining a supervisory rank. In 1979 he moved to Madison Wisconsin where he began a 35-year career and building what became Suttle-Straus, one of the leading companies in the industry. It was recognized by NAPL as a Hall of Fame company in 1981 and has been named as a Best Workplace company by PIA for 15 years in a row, most recently in 2014. He retired from the company at the end of 2014 and is now its chairman.

For his entire career, John has been active in a variety of local and industry organizations and associations. He has served on the boards and/or been an officer of International Association of Printing House Craftsmen, Master Printers of America, National Association for Printing Leadership, Meriter Foundation, Graphic Arts Alliance, Great Lakes Graphics Association, and Governor’s Council on Printing. He has been recognized for his contributions to the industry, having received the International Craftsman of the Year, Graphic Arts Leader of the Americas, and Lewis Lifetime Achievement Awards.

“I look forward to this new challenge of energizing the next growth phase of the Foundation,” stated John. “This is an opportune time to expand our horizons, sharpen our message, and broaden our donor base. We have a great platform, and we need to have more people in the industry aware of it and contributing to its success.”