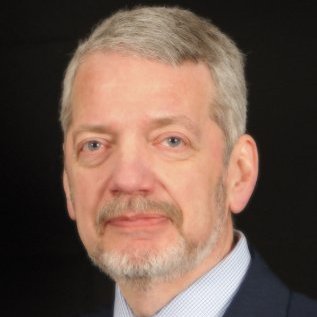 Individuals who contribute, or who are considering contributing, to support the work of the Print and Graphics Scholarship Foundation may wonder how their dollars are going to be used. It is a perfectly good question and one that we want to explore. The Foundation has two main missions that are its focus. One is to attract young people to the industry and increase their awareness of the wide variety of careers that are available with today’s employers. Secondly, when they pursue an education in graphic arts, we want to support them in that effort and encourage seeking employment in the field after graduation.

While there is some validity to the comment that “kids today just want to be designers and sit at a computer”, our recent survey of past scholarship recipients has revealed a fascinating range of positions being held by these individuals. So, in order to provide a clearer picture of how effective our scholarship dollars can be, I’d like to relate a few stories about our alumni.

While it is true that some 30% of our graduates do end up in a design or creative role, about 40% of our graduates have a career that has them working for a service provider. Some of these are with traditional “printing companies” and some are with companies having more expanded service offerings. Jessica Kidd (UW-Stout, 2011) is a Project Manager at Royle Printing in Sun Prairie, Wisconsin. Lee Elmore (Arkansas State, 2012) is a third-generation working as a pressman with Arkansas Graphics in Little Rock. Rich Hartz (California University of Pennsylvania, 2010) has advanced to Regional Management and Support at Minuteman Press International, a well-known franchise operator. And Justin Bass (Texas A&M, 2003) followed his father into the industry working his way through production before joining the sales team at DiscPro Printing and Graphics in Houston. A more recent grad, Adair Hall (Clemson, 2016) has joined the sales team at Bennett Graphics in metro Atlanta. 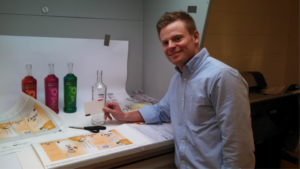 Jaclyn Brunkhorst (U of Central Missouri, 2010) is a technician with Grimco in Fenton, MO which is a wholesale sign company with 45 locations nationwide. Josh Jensen (Northern IL University, 2005) joined State Farm Insurance in their creative department. James Bretl (Ferris State, 2005) joined Innerworkings in Chicago and works with printers all over the world. Megan Phelan (Western Michigan, 2002) is with The Kellogg Company in Battle Creek, having advanced to the position of Senior Manager in the Print Services Department. And, Patrice Resch (CU of Pennsylvania, 2012) joined the marketing production team at Ann, Inc. producing materials for their retail group of stores (Ann Taylor, LOFT, etc.).

Additionally, nearly 15% of our alumni go to work for a wide variety of vendors, suppliers, and manufacturers for the industry. Michelle Kruszewski (Western Michigan, 2007) is a Professional Services Manager with X-Rite Pantone. John Pettus (Clemson, 2006) has advanced from a production position into sales management at Wikoff Color Corporation. Emma Lacey (Cal Poly, 2014) turned her love of graphic design into a QA position with EFI. Colby Kibbe (U of Houston, 2009/RIT, 2012) has progressed through the ranks at Pageflex to be their Technical Marketing Program Manager. Shawn McDougall (Columbia Southern, 2008) went back to school after being a press serviceman and is now Director of Channel Development in the service department at Heidelberg USA. Mike Barry (Ball State, 2012) joined Fujifilm NA and is now a Product Marketing Manager for them.

Importantly for building our future, some scholarship recipients are motivated to go into the education field and train the next generation of graphics workers. Matthew Bush (NC State University, 2011) used his scholarship to help him achieve his dream of sharing his enthusiasm for the industry and is now teaching at Wake County Public School. Hope Carroll (Appalachian State, 2001/Virginia Tech, 2016) developed a real passion for printing and is now an instructor at Georgia Southern University. They are building for the future in a big way! 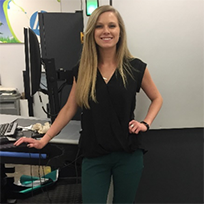 As you can see, we have a wide range of positions, a wide range of schools and a great variety of companies represented. Our alumni are spread all over the country and they work for companies that are global, national, and local. All of these organizations are benefitting from the advanced and focused education that these employees received prior to going into the workforce.

When asked about the importance of receiving a PGSF scholarship while they were in school, the alumni have been overwhelmingly enthusiastic. It provided them not only with financial aid but important networking and entry into the graphics industry. The dollars that our contributors provide do make a significant difference now and into the future. Please consider being a part of this effort on a personal or corporate basis.