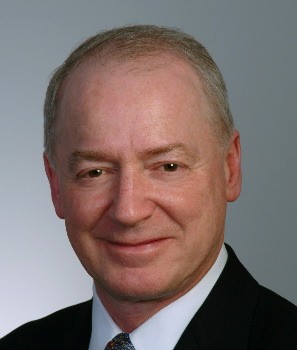 This scholarship was established to honor Stanley Freimuth, Chief Operation Officer of Fuji Photo Film, USA, Inc., Graphics Systems Division. Stan joined Fuji in 1983 as national sales and marketing manager and was promoted to division manager, general manager, vice president, senior vice president, and president of the company’s Graphic Arts Products Division and president of the Industrial Imaging Marketing Groups, before his appointment as COO in 2001.

Prior to joining Fuji, Stan served in various functions at Pako Corporation, with his final position as director of graphic arts for that company. He is past chairman of NPES. Freimuth established Fuji as a major vendor to the U.S. printing industry and revolutionized product distribution channels to that marketplace. He  holds a B.S. degree from the University of Edinburgh in Scotland and an M.B.A. from American University in Washington, D.C.

The Stanley Freimuth Scholarship is part of our Senefelder group of endowments which is comprised of members that have made a gift commitment of over $50,000-99,999. To learn more about all of our endowed scholarships go to our online book. Learn more about the opportunities and benefits of creating an endowment with PGSF on our Endowments page. More questions – contact the PGSF Director of Development, Jeff White.